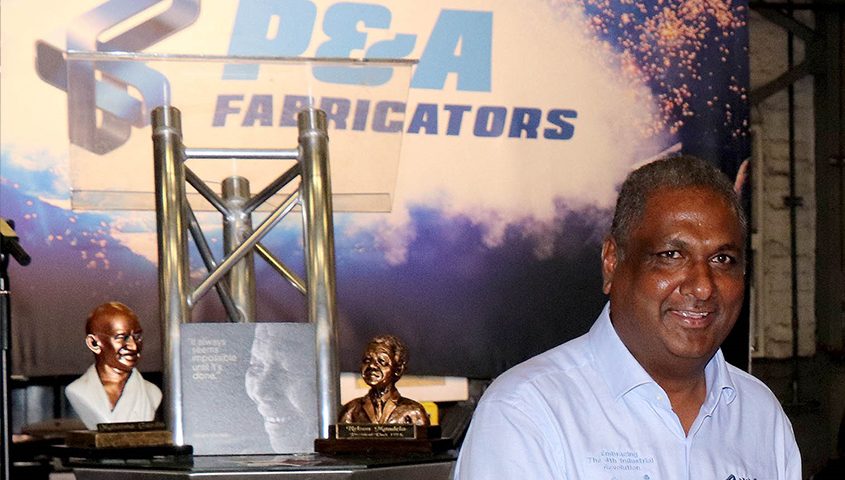 Gerald Anthony joined P&A 32 years ago as an Estimator. Although he enjoyed his work environment and excelled at his job, Gerald wanted to use his head, and not just his hands. He took it upon himself to do some management courses, and read every management and business book he could lay his hands on.

Working Together for Growth

Gerald partnered with Nic Davies, the son of the owner of P&A at that time. The two young men started working together with the shared goal of taking P&A to the top of the industry. They became interested in equipment and started focusing on how improving the company’s equipment can improve its growth.

In 1990 Mike Davies the owner gave Gerald 5% shares for his contribution to the growth of the company. Although he was very grateful for the wonderful gift, Gerald felt that he was making 100% effort for 5% return. Right there and then he decided that he would buy more shares in the company. Over the years he built up his shareholding and by 2007, Gerald and Nic Davies owned 50% shares each.

In November 2015 Gerald took over 100% shares of P&A. Because of his passion for the industry, love for people & the company and pioneering ideas, Gerald is taking P&A to new heights.